In the 50’s and 60’s people didn’t have the health concerns that are now present in a large portion of the population. People tend to ask why that is? Technology has changed, research has been done, and cures have been found, so why are we a sicker population now than we were 50 or 60 years ago?

The answer may surprise you, but if you think about things for a minute, you’ll see it’s not as surprising as you may think. We live in a society that’s money hungry. Whether we mean to be that way or not, the sad truth is we are and it’s the way it is and will be for years to come. We need money to be happy and happiness is everything in life.

With the need of money and happiness comes a price we must pay and that is price is very high when it comes to the health problems we’re beginning to see due to these needs and wants. Is it worth it? When your health is involved, the answer is most definitely NO!

Farmers need more crops to not only accommodate their buyers, but to also satisfy their pocketbooks and those purchasing from the buyers are the ones paying the price for the farmers desires. While it’s unfortunate, it’s the sad truth, but if we do what we need to do we can overcome these problems and eliminate the purchases we make from the farmers that have these desires.

Gluten allergies and sensitivities are two of the problems that’s on the rise and the reason is because of the farmers using chemicals and other things to increase the number of crops they can produce in one season. They’re making their crops grow bigger and faster so they can produce double or maybe even triple what they used to do in the 50’s and 60’s. This gives them more product to sell and more money in their product.

These chemicals are changing the product they’re producing which makes it more difficult for our bodies to digest. They’re also creating foods that have preservatives in them so they’ll last longer or have the ability to sit on a shelf instead of in the fridge. The ingredients needed to produce the preservatives include gluten which causes problem for the people that eat them.

Eliminating gluten from the diet has proved over and over to be the best thing people can do when they have issues with their gut. It’s also thought to help children with autism and other illnesses along those lines to be better. Eliminating foods with gluten has helped people with immune system problems as well as those with stomach and intestinal issues.

When you remove these problems from your life you’ll feel better. You’ll have more energy and the desire to live a happy life. Once you come to the realization that gluten was the problem, eliminating it won’t be the hardest thing to do because you’ll understand eating those foods will bring on the pain and frustration that you don’t need in your life. 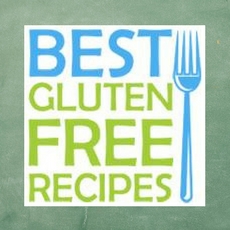